How Much Does a V8 Engine Cost?

You may be looking to replace a worn out engine, upgrading your car’s power or completely rebuilding a project car and you are looking to get the right engine. The one you are looking for is a V8 but you want to know more about them and how much one will cost.

In this post we will talk about what a V8 engine is, we'll explore the history of this automotive powerhouse and discuss how much it will cost to buy an engine.

What Is a V8 Engine?

A V8 engine true to its name is an automotive power plant that has eight-cylinder pistons that are encased in just one crankshaft. Unlike inline engines these eight cylinders are arranged in two banks of four in a V configuration, hence the name V8.

Most V8s as the name suggests use this V-angle with the angle of separation being 90 degrees. It is a formation that offers good engine balance which ultimately lessens vibration. It does however make for a wider engine overall meaning these engines need certain parameters when installed in a vehicle. 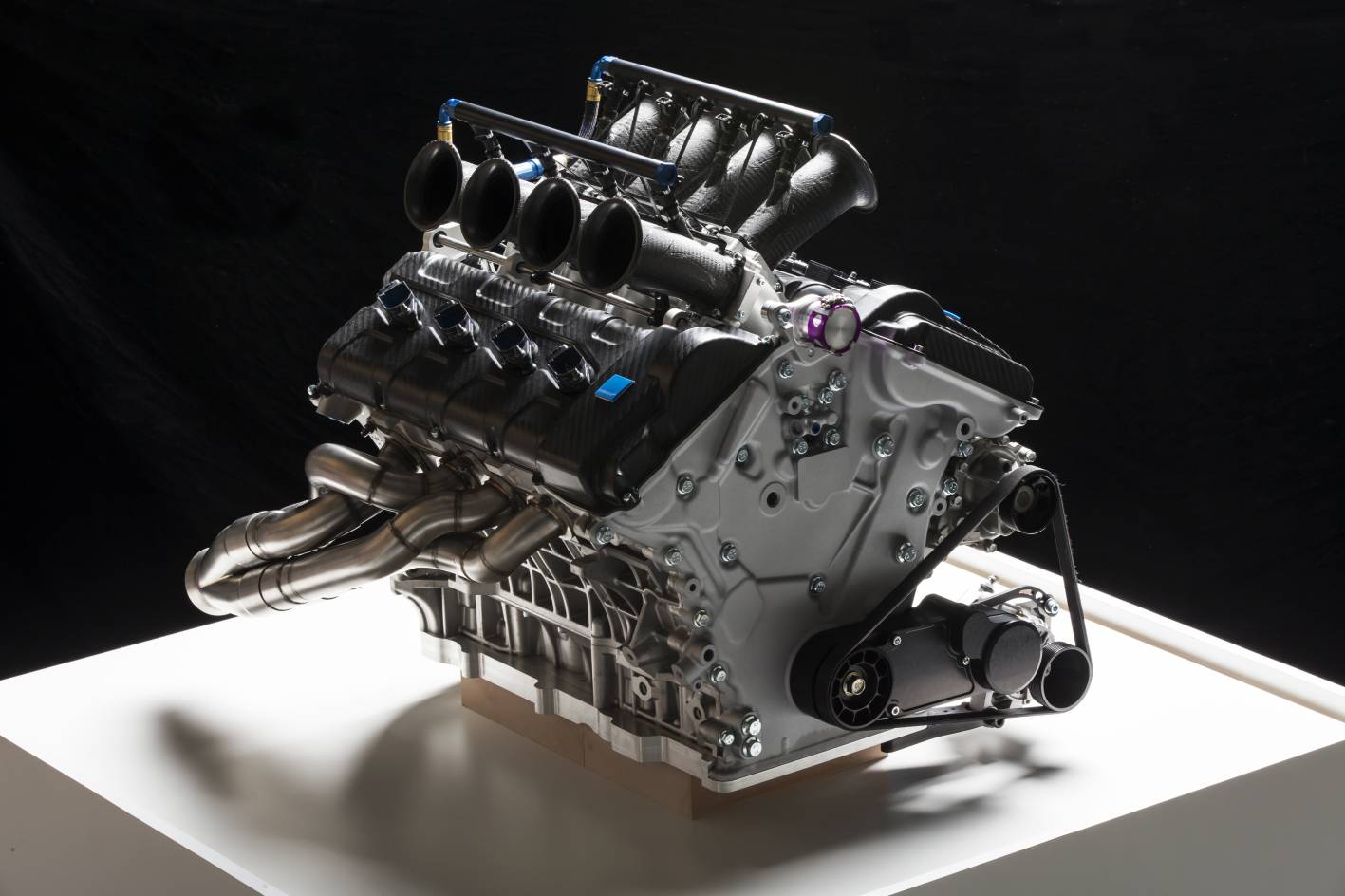 There are other variations of the V8 with smaller angles such as those found in the 1996 -1999 production years of the Ford Taurus SHO. These engines had a 60 degree V-angle and were more prone to vibrations because of the lower angle size.

In order to compensate for the decreased stability caused by the tighter angle a balance shaft and split crankpins had to be added. Other models over the years have had even tighter angles which have had varying levels of success.

History of the V8 Engine

The first known V8 engine was designed in 1904 by French aircraft designer and inventor Leon Levavasseur. Known as the Antoinette it was built in France to be initially used in speedboat racing and then later light aircraft. 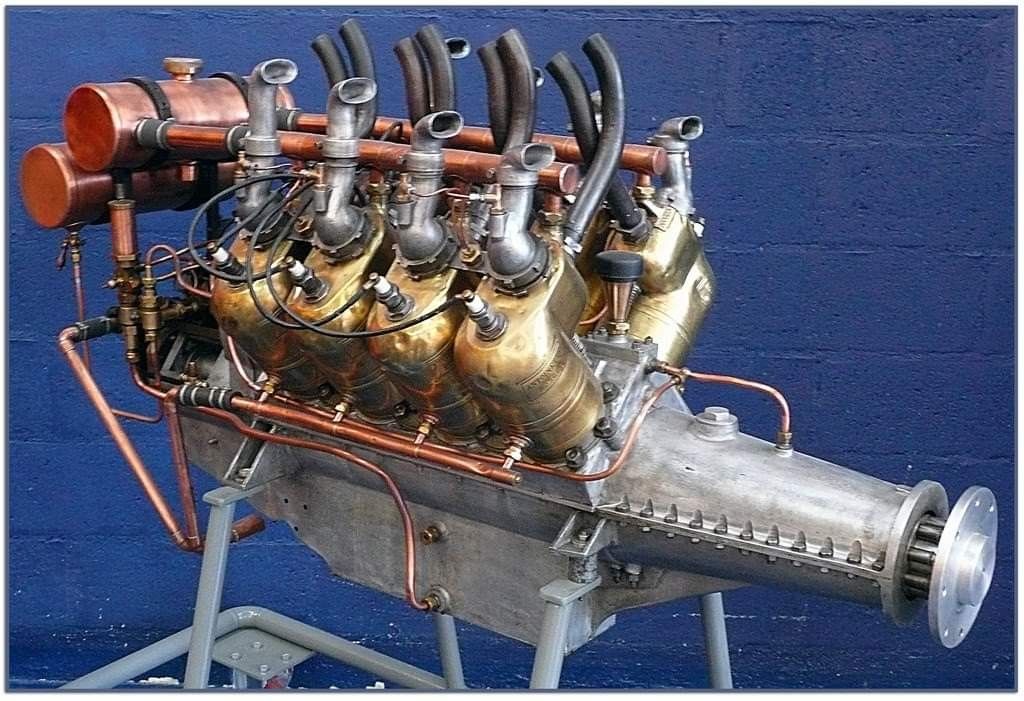 A year later in 1905 Levavasseur produced a new version of the engine which generated 50 horsepower and weighed just 190 lbs including the cooling water. This would produce a power to weight ratio that would go unbeaten for a quarter of a century.

In 1904 racing companies such as Renault and Buchet began small scale production of V8 engines to be used in racing cars. It was not long until the engine made its way into the street legal motor cars of the day.

In 1905 UK based Rolls Royce produced 3 road cars with V8 engines but quickly reverted to their favored straight-six engines. Later in 1907 the V8 made its way to the use roads in the form of the Hewitt Touring Car.

It wasn’t until 1910 however that the French built De Dion-Bouton would become the first V8 created in significant quantities. In 1914, V8 engine production hit mass quantities with the Cadillac L-head V8.

There have been countless variations on the V8 over the years which have led to some truly iconic engines. It has become a huge part of automotive history so there is little wonder it has become so popular.

Introduced by Henry Ford in 1932 with advanced crankshaft designs and high pressure oil lubrication this one-piece engine block became very popular. It was inexpensive and would be a common power plant in most Fords through to the 1950s. 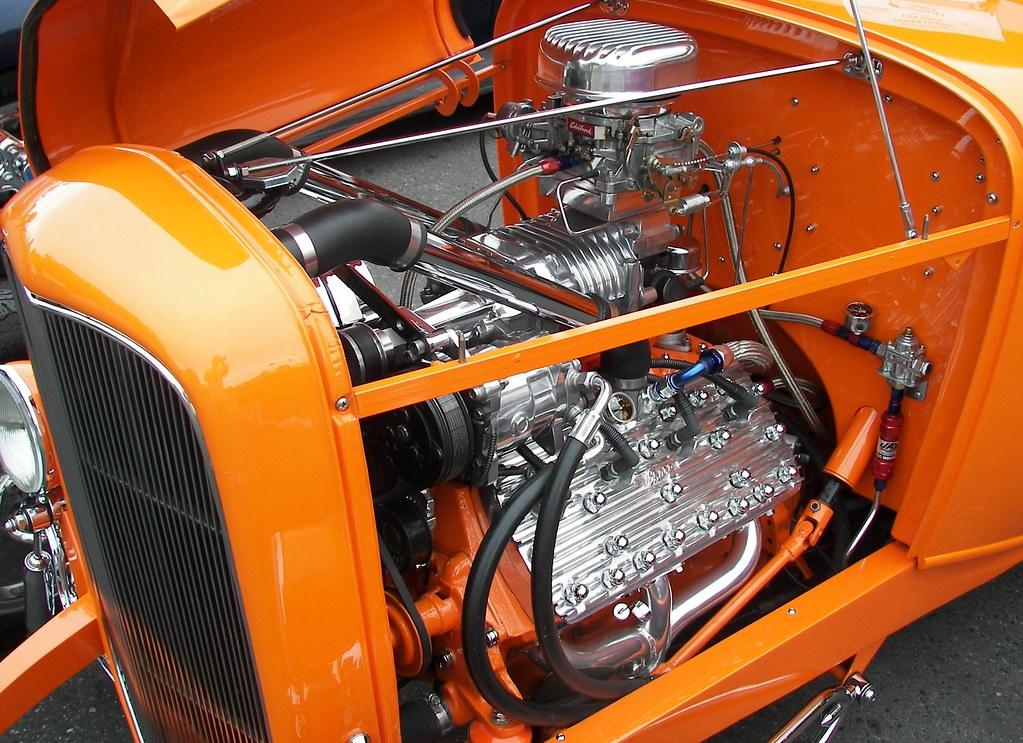 It also became a very popular engine for hot rodders who favored its cheap running cost and power. This was the top of the range until the eventual introduction of OHV V8s which were more efficient.

The Chevy small-block has ranged from 4.3 -6.6-liter models over the years and had a design that was still in use up until 2003. They were versatile with some reaching up to 390 horsepower which made them a favorite with tuners in search of reliable power.

Released in 1951 the Chrysler Hemi gets its nickname from their hemispherical combustion chambers. This was not unique to this engine as other manufacturers were also using this type of chamber but the name stuck with fans of the engine. 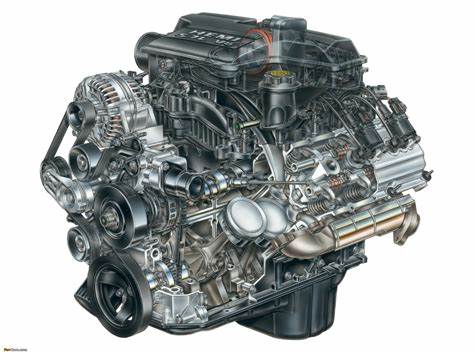 Chrysler Hemis have made their way into several iconic models over the years including the 1970 Plymouth Barracuda and the Dodge Charger Hellcat. It is known for its power which in some models has topped out at 840 horsepower.

Even the mighty Ferrari have made use of the V8 in several of their models over the years. The F106 V8 first made its way into the Dino 308 in 1973 a model named for Alfredo Ferrari the late son of Enzo Ferrari the company's patriarch.

Producing 250 horsepower out of the 2.9-liter engine made it impressive for the day although the model itself was not the most attractive Ferrari ever produced. The F106 would be the go to configuration for all mid-engine Ferraris up until 2005.

How Much Does a V8 Cost?

There is no hard and fast number when it comes to the price of a V8. This is because there are so many types of this engine and so many variations that are model specific. The price will really depend on which V8 you need for your specific project.

You are likely to find a new V8 engine will cost anywhere between $2,000 - $10,000 depending on the specifics of that engine. Some engines may be rarer and more sought after so the prices may exceed $10,000.

It is important that you are certain exactly which engine you need so if you have any doubt it may be wise to consult an expert before making a purchase. Not all V8s are created equal and you want to make sure the one you buy will both fit and work in your desired car.