How Much Platinum is in a Catalytic Converter?

You might be surprised to find out that there is a component of your car which features a decent amount of some pretty precious metals. Well there is and it is called the catalytic converter.

This filtering system uses certain rare metals to process harmful combustion emissions from your engine into less harmful byproducts. The most expensive metal on earth, rhodium, worth almost $3,000 an ounce, is used in catalytic converters as is platinum.

In this post we are going to look at how much platinum is potentially in your catalytic converter, how it is used and what you should know about it. This precious metal is rarer than gold and for many years was actually more valuable than the popular shiny yellow metal.

The chemical element platinum (Pt) is a dense, malleable, ductile and highly unreactive metal with the atomic number 78. It has a silvery-white metal that gets its name from platina, the Spanish word for silver.

It is found in group 10 of the periodic table and is considered one of the rarer metals found in the earth's crust. This metal is most often found in conjunction with nickel and copper ores. South Africa is the biggest producer of this metal with around 80% of the global production coming from this region.

Unlike many metals it is highly unreactive and naturally resistant to corrosion. This means that it does not rust easily and for centuries has been used as decorative metal. Some pre-Columbian societies from South America used it heavily in their creation of artifacts.

This metal also has use in industry being found in various types of equipment from catalytic converters to resistance thermometers. The properties of metal make it highly useful and its appearance also makes it desirable for jewelry.

What Is a Catalytic Convertor?

If you grew up during the 1970s and '80s you may recall occasionally driving around in cars with the windows down and smelling a sulfurous rotten egg smell from time to time. After exclaiming “What is that smell?” someone in the car likely enlightened you to it being a catalytic converter.

This simple answer doesn’t mean much so let's explore just what a catalytic converter actually is. Basically catalytic converters are devices that capture the emissions from the burning of petroleum. Once captured these fumes are stripped of carbon monoxide, nitrogen oxides and hydrocarbons.

The remaining emissions are then released from the catalytic converter in the form of carbon dioxide (CO2) and Water (H2O). These emissions of course are far less harmful to the environment meaning that the fuel burning process is cleaner.

How It’s Used in Catalytic Converters

In the reduction process metals like platinum or the vastly expensive rhodium are used to coat ceramic elements. As nitrogen oxides pass over these metal coated elements they rip the nitrogen atoms away from the chemical compounds leaving only the oxygen (O2)

As an example when nitrogen dioxide (NO2), a common emission from burning petroleum passes over platinum the nitrogen atom gets stripped away from the two oxygen atoms leaving (O2) or oxygen. This oxygen will be used in the next phase of the catalytic converter.

Unlike the other metals platinum can be used in both phases of the process meaning that it also is found in step two. Having reduced the nitrogen oxides to oxygen platinum is next used to create a reaction between the oxygen produced from step one and the other harmful emissions.

The carbon dioxide is still not the safest of molecules but it is vastly better than carbon monoxide which can be highly toxic.

How Much Platinum Is in a Catalytic Converter?

The exact amount in the catalytic converter is proportionate to the likely requirements of the vehicle and the fuel it uses. A few grams of rhodium are also likely present in the system with palladium likely also included in the same general proportions as the platinum.

What Is the Value of the Platinum in a Catalytic Converter?

With the prices of precious metals constantly changing the exact value will vary. At one time platinum was more expensive than gold but a few years ago its shiny yellow cousin surpassed it and has remained more valuable.

Catalytic Converters are Targets for Thieves

The precious metals in catalytic converters like platinum and rhodium are a big reason that the theft of these automotive components is not uncommon. The aim may be to either extract the precious metals or sell the part on to someone else. 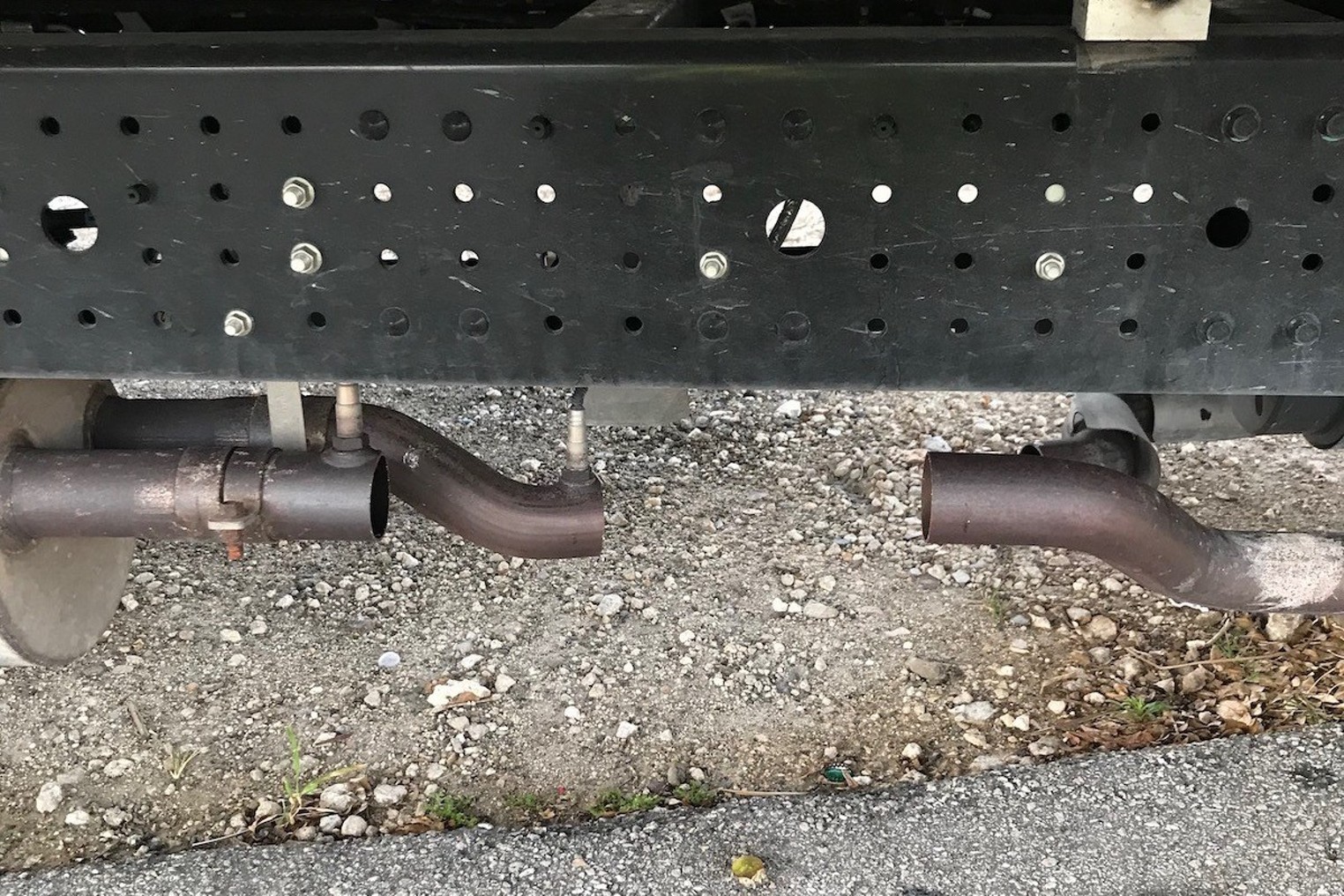 Thieves will crawl beneath a car and using a grinder or saw of some description literally cut the catalytic converter out of the exhaust system. This will leave a huge gap and subsequently the exhaust fumes will be released further under the vehicle.