There are so many components to a car engine and there are multiple different belts that do various jobs. Among these are the timing belt and serpentine belt which on occasion get confused for each other.

In this post we will learn more about both of these belts and explore the differences between the two very important parts.

What Is a Timing Belt?

In piston engines either a timing belt, chain or gears are used to help synchronize the rotation of the crankshaft and camshaft. It is this synchronization that ensures the relevant engine valves open and close at the right times in conjunction with the pistons.

In the case of timing belts this is usually a toothed rubber belt which meshes with both the crankshaft and camshaft. Its rotation then synchronizes the rotation of both of these shafts This function is also sometimes performed by timing chains and in the actual gears of older vehicles. 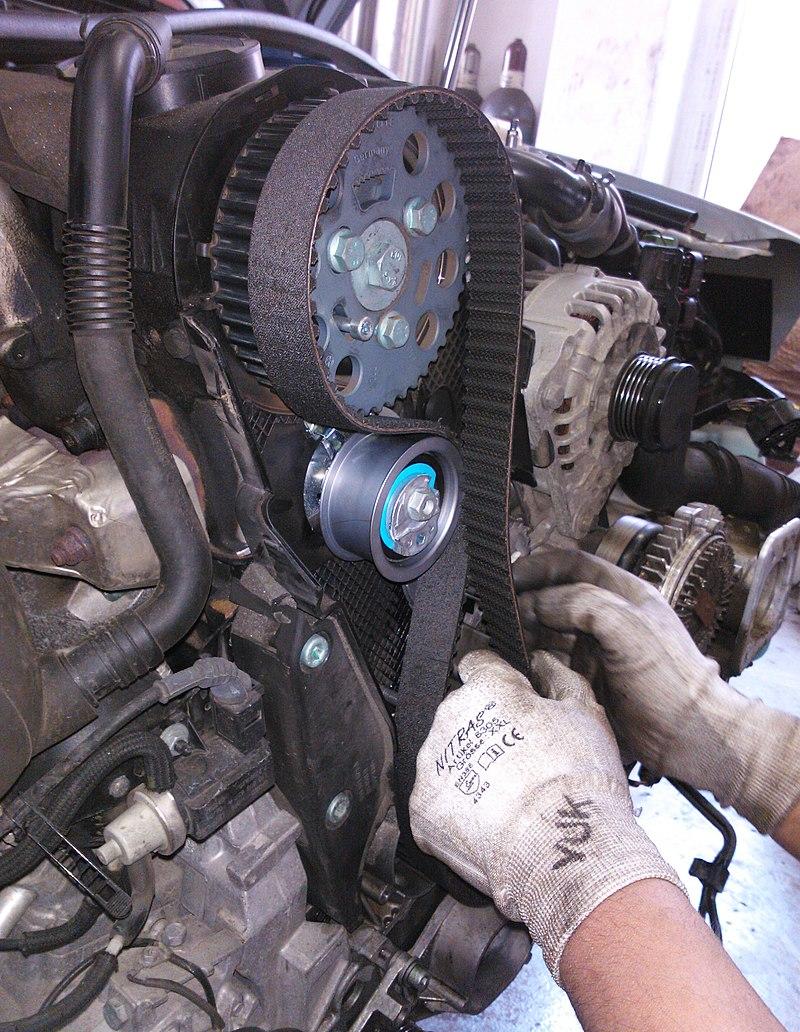 The timing belt tends to be the least expensive option to perform this task and also tends to suffer from less friction loss than metal gears of chain belts. This is also a quieter system as it does not include metal on metal contact.

As it is a rubber belt there is also no requirement for lubrication. These belts do wear out over time so it is advised that they are replaced at specific intervals to avoid a failure and potential knock on damage to other parts as a result.

History of the Timing Belt

The first toothed belts were invented in the 1940s for use in the textile industry. It was around a decade later in 1954 that a toothed timing belt first made its way into an automotive setting. The 1954 Devin-Panhard racing car used a belt made by the Gilmer Company.

This car would go on to win the 1956 Sports Car Club of America National Championship. A few years later in 1962 the Glas 1004 became the first mass-produced vehicle to use a timing belt. The 1966 Pontiac OHC Six engine would then become the first mass produced American car to make use of a timing belt.

What Is a Serpentine Belt?

Also known as the drive belt, the serpentine belt is a single continuous belt that runs a number of different components in the engine. The alternator, water pump, air conditioning compressor, power steering and various other engine parts are all run using this same single belt.

This long belt is wrapped around multiple pulleys which when the belt is turning will turn as well. This rotational motion is what powers the specific engine parts attached to these pulleys. True to its name, serpentine belts snake around the engine. 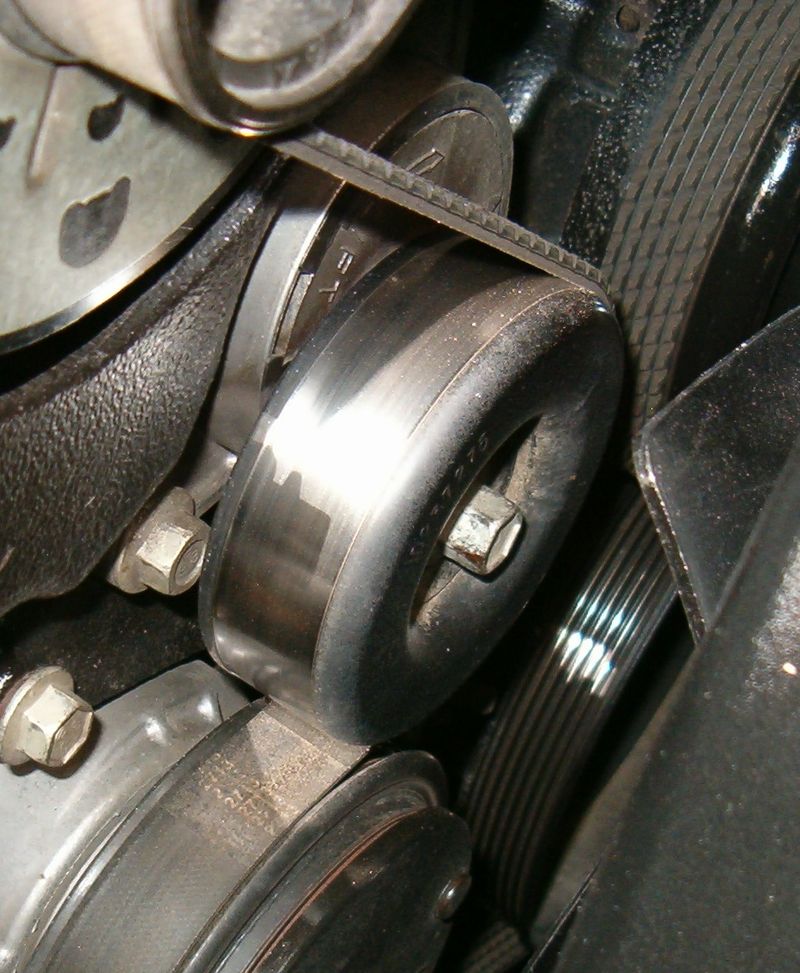 Serpentine belts are flat but they have grooves running the length of them that help them grip the pulleys that they are tightly wrapped around. It is a system that is relatively new in automotive terms but it replaced a more complicated way of doing things.

Until 1974 individual systems in the car engine were being run using individual v-belts. This meant that the air conditioning, alternator, water pump and air pump all had their own belt. Engineer Jim Vance realized there had to be a better way and in 74 he applied for a patent for his serpentine belt invention.

This would remove the need for a complicated system of v-belts and place the running of multiple engine units under just one belt.

Vance first offered his invention to General Motors and they declined which was likely a big mistake for them. In 1978 the Ford Motor Company was having issues with that year's Ford Mustang. Vance showed them how a serpentine belt could help them out and save them money.

Ford would go on to build 10,000 Mustangs with this belt and by 1980 all of their cars would be using this system. Eventually in 1982 General Motors finally got in on the action adopting the serpentine belts into their own engines.

Where Are The Belts Located?

Although both of these belts are connected to the crankshaft they are very different when it comes to their location. The timing belt for instance is hidden beneath the timing cover making it harder to get to when it needs replacing.

A quick look under the hood and you will quickly see the serpentine belt winding its way around the outside of the engine around various pulleys. This makes it much easier to see and ultimately to change if needs be. 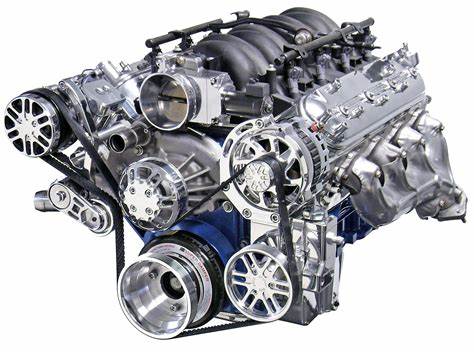 What Are They Made Of?

Both the timing and serpentine belts are rubber components but they do differ noticeably. The timing belt is a stiff rubber design with teeth much like a gear. The rubber used for the serpentine belt is more flexible and stretchy.

As it needs to be under tense pressure the serpentine belt has to be stretchy and subsequently less prone to wear than the rigid timing belt.

What Happens When These Belts Break?

The nature of these belts is that over time they will wear and start to become frayed. Eventually with use they are both at risk of snapping and if this happens there can be severe consequences. With a timing belt failure the engine will stop almost straight away although the serpentine belt does not stop the engine straight away.

If either belt breaks there can be potential damage to other engine parts especially due to the risk of overheating.

How Often Should These Belts be Changed?

The timing belt if taken care of might last 5 – 7 years or between 60k -100k miles before breaking. These estimates are not hard and fast so you should be vigilant of the indications of deterioration in this component.

Serpentine belts tend to be a little more hardwearing and might last 7 – 9 years or up to 90k miles. This may vary depending on the vehicle so consult your owners manual for a more accurate estimate. Again look for any indications that this belt may be getting ready to break.

If you can have these belts replaced before they catastrophically fail you may save yourself big money in repair costs.

There are similarities between these two belts but they fundamentally do different jobs. The timing belt regulates the timing between piston and valves to make engine operation run smoothly. The serpentine belt however drives multiple engine functions with the use of high tension pulleys.

They are both vital to the running of your engine and if they break you might be looking at some serious damage potential. In many ways there is no mistaking these belts for each other as they have their own very unique properties.