What Size are License Plate Screws?

If you are a car owner you know that you have to have your vehicle licensed to be on the public roads. Along with this comes individually identifiable license plates which by law must be affixed to the vehicle to which they are designated.

In this post we will talk more about license plates, the laws surrounding them and how to go about affixing them to your vehicle.

What Is a License Plate?

Also known as vehicle registration plates, license plates are a metal or plastic rectangular plate which is legally required to be attached to a motor vehicle or trailer if it is to travel on public roads. It is intended for official identification purposes. 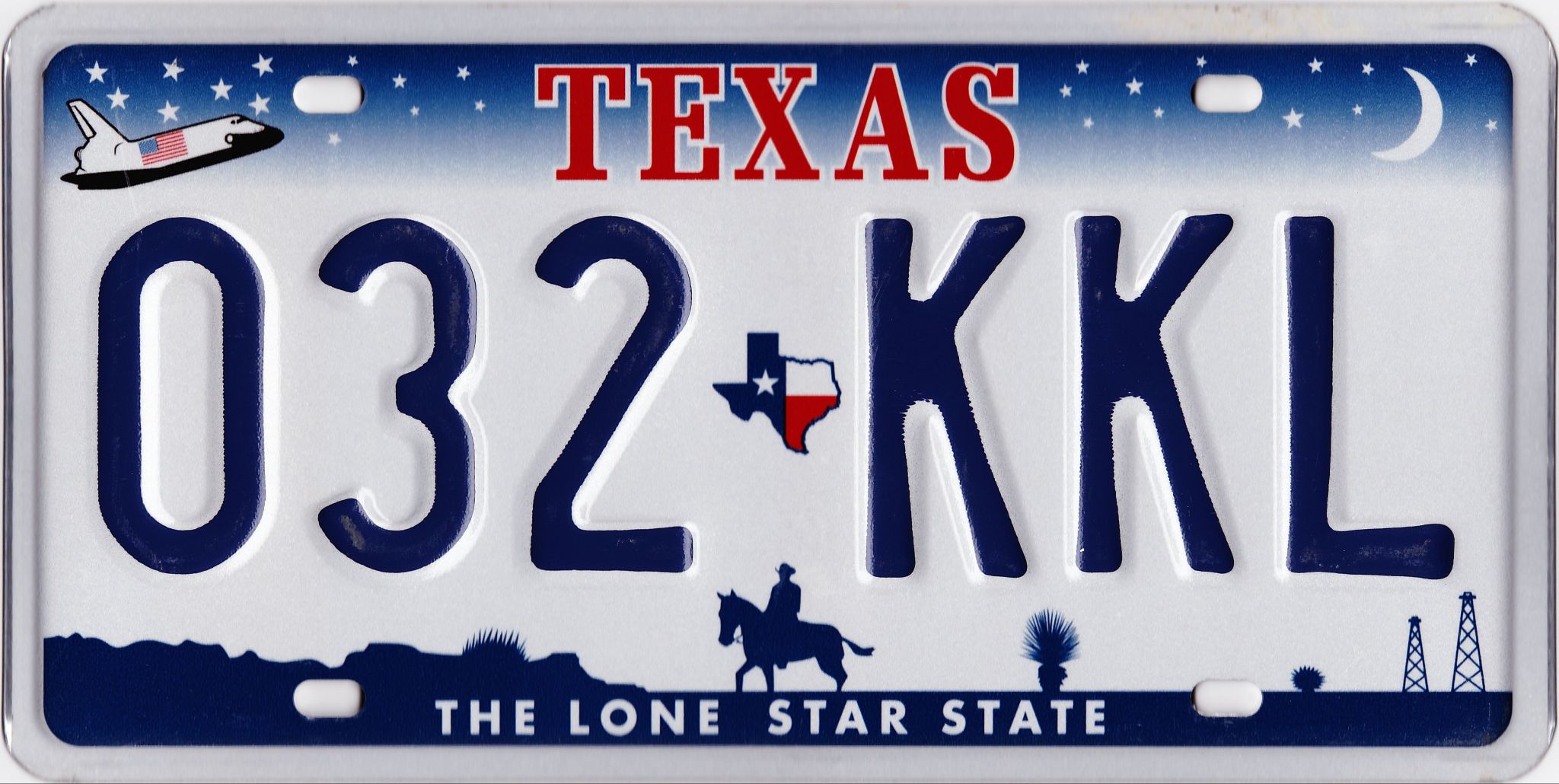 License plates are required in all countries that have automotive vehicles making use of the public road system. They will display an alphanumeric and numeric combination of symbols that denote the specific car and the owner of that vehicle.

It was in France that the first license plates were introduced as a way to register the vehicles traveling the country's road systems. The Paris Police Ordinance act went into effect on the 14th of August 1893 requiring all cars within the city to be registered.

The first national requirement for car registration came in the Netherlands in 1898. This was referred to as a driving permit and these early plates were just sequential numbers starting at the number one.

It wasn’t until 1903 that license plates came into use in the United States within New York State. Prior to this since 1901 the car only needed to display the owner's initials clearly on the back of the vehicle. 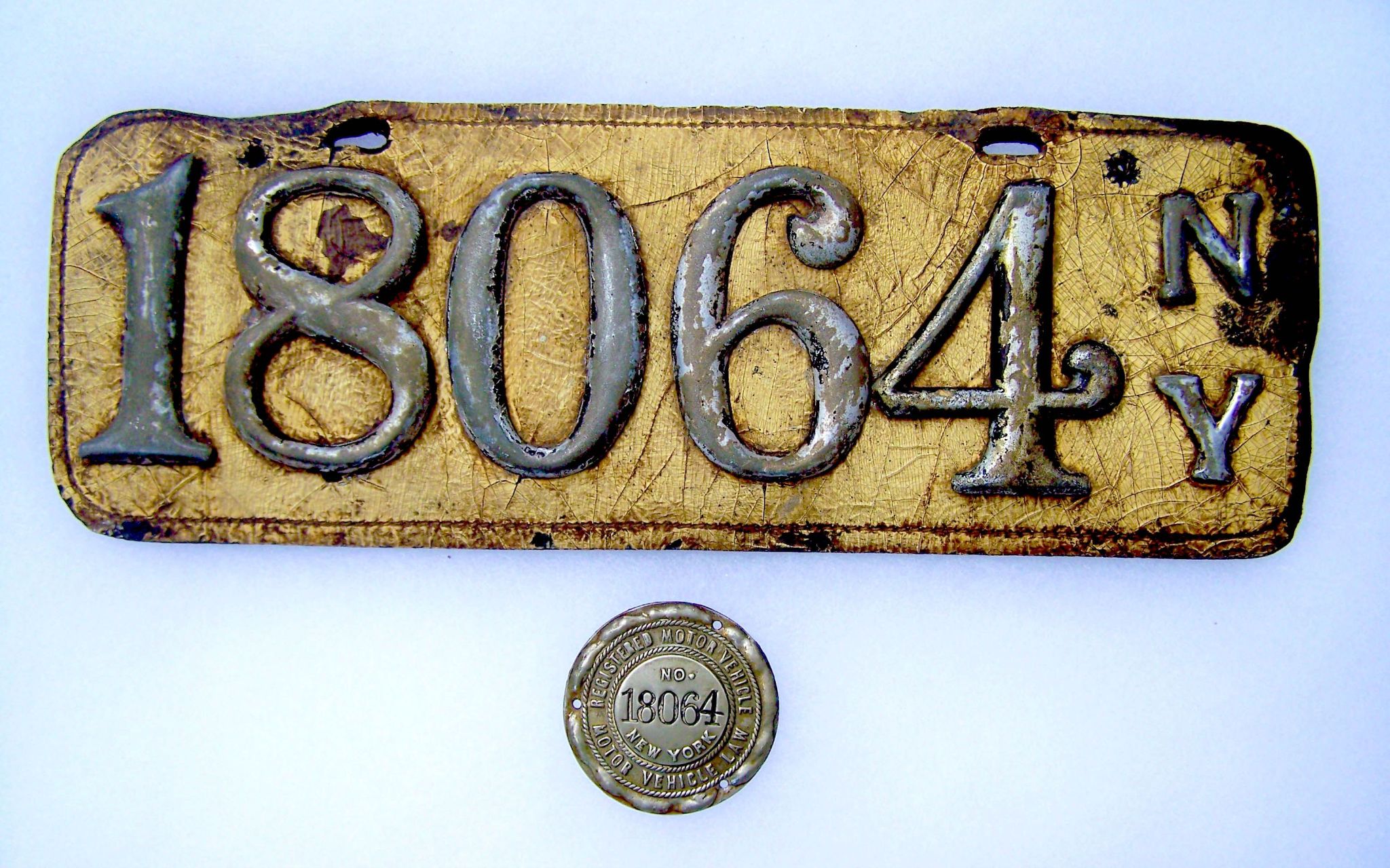 Initially these plates were not issued by the government and road users would have to make their own license plates featuring their designated numbers. Massachusetts did however start issuing plates in 1903.

The practice of putting state specific logos on license plates didn’t start until 1928 when Idaho added the Idaho Potato to their plates as an embellishment.

These days early license plates can sell for large amounts of money and if the car they were assigned to is still in operation they can still be used for their original purpose in some cases.

Where Should License Plates be Affixed?

License plates by law are usually affixed directly to the vehicle or to a frame that itself is attached to the vehicle. Depending on the state there may be rules governing what kind of frame you can use and where you must attach the plate.

Generally speaking all cars are built to feature hidden mounting posts to which the plates are affixed both at the front and rear of the vehicle. A few years ago I moved to a state that required front mounted plates as well as rear mounted.

There were no visible fixing points on the front body work for the license plate so I had to research the location of the hidden anchor points for my specific car model. I then had to use self tapping screws to get through the body work and into these anchor points so the plate could be mounted.

Do License Plates Have to Be on the Front and Back?

Depending on the state that your car is registered in, which ideally is the one you live in, then you may have to have two or just one copy of your plates. Several U.S. states only require rear mounted plates. This is because when police are following a vehicle they may need to see the license plates.

Sports car owners are often not happy about front plate laws as they deem having a plate on the front of their car as being unattractive. There are 20 States that only require a rear mounted license plate, these are:

I now live in one of these states so I no longer have a front license plate. As a result the holes I had to tap from a previous state are just on the front of my car which isn’t a great look. The remaining states do require plates in the front and back and ironically some of those states are the richer ones in which it’s more likely for some people to have expensive cars.

How Big Are License Plates?

In 1952 in North America it was decided that all passenger vehicle registration plates would have a standardized size. This is a rectangular plate that is 6 in x 12 in although plates for motorcycles and some specific vintage plates in various states may be smaller.

What Size Screws are Used for License Plates?

As mentioned plates are uniform in size and the cars have specific hidden mounting points to which the plate is to be attached. As such it is important to get the right size screw that will not only go deep enough into the mounting but will also fit the pre-punched screw holes in the plate itself.

There is actually a common size used but there are also variations of size based on specific car models. Generally speaking a standard license plate mounting screw is ¼-14-¾. The ¼ fraction represents the diameter in inches of the thread while the 14 refers to the number of threads in the screw. Finally the ¾ fraction is the length in inches of the screw itself. 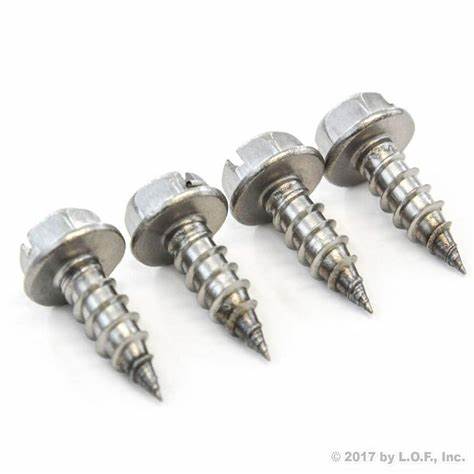 Other car models may require different screw types so you may need to research your specific model to be sure. They do tend to have similar screw diameter and thread dimensions but some are longer so they can be more deeply anchored.

The license plate is a way by which vehicles can be registered for use on public roads. They are required by law and the display of these plates is mandatory. There are laws in place that could see you convicted for using stolen or fake license plates on your vehicle so be aware of this.